There was a lot of excitement this week over the new trailer for the big Star Wars sequel out later this year. Among the big revelations was a villain after the tradition of Darth Vader, complete with deep voice and black costume. But here in Korea, you don’t need to play pretend in order to ride like a Sith lord! 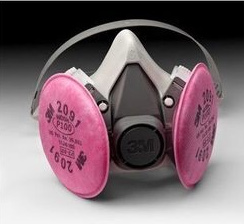 You see, here in Seoul, we’ve got air pollution! A city of 25 million and all of its traffic must produce its fair share, but the worst of it is what blows over from China. Evidently around this time every year a cloud of fine dust blows from China over the Korean peninsula and out to sea. This year it came early, and stagnant weather patterns have kept it overhead without any rain to wash it out of the air. The result is that breathing the air is, well: 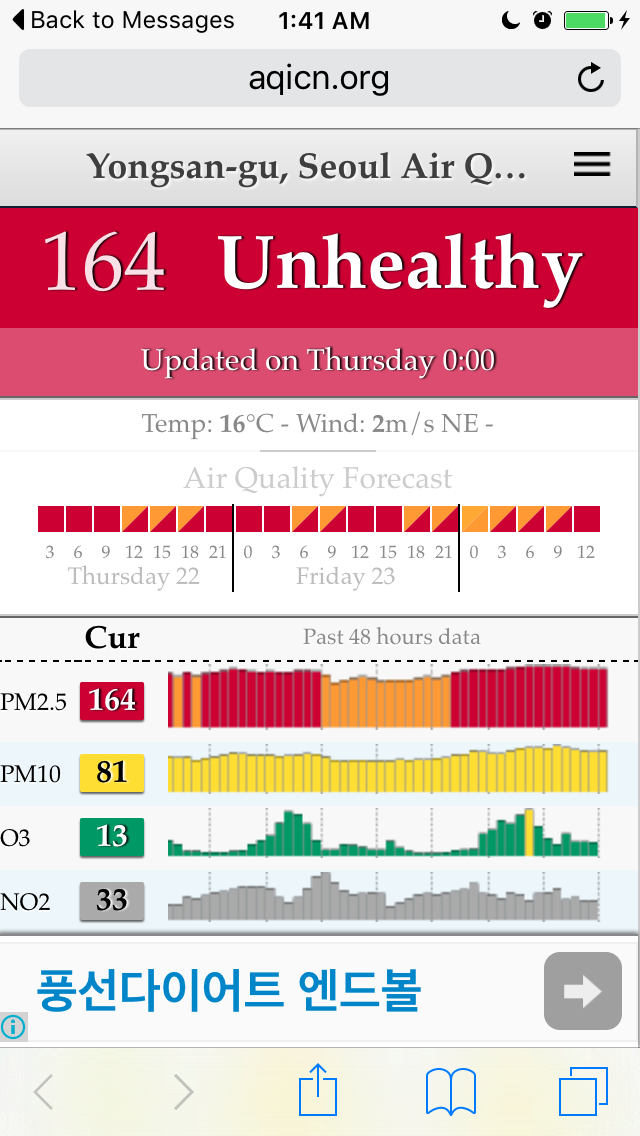 The worst of this dust is fine enough to pass right through the alveoli in your lungs and into your bloodstream, from whence it may never emerge. Over time it can cause hardening of the arteries and attendant problems, or the stuff that’s not quite as small as that might just give you lung cancer.

What’s the rational response to such a situation? Official public health notices seem on the draconian side, urging you to seal all windows and go outside only when necessary and practice hygeine assiduously. Most people this week didn’t seem to respond; I hardly saw any pollution masks out in public. But I couldn’t make up my mind. It seemed like some action was warranted, but it wasn’t a nuclear wasteland out there. In the end I decided to forego my workouts down by the river and to take the bus more instead of going to work on my own, but I didn’t get a mask.

The weather cleared up today and it rained overnight, so the air is much better now. As for next time, maybe I’ll go with the Vader. 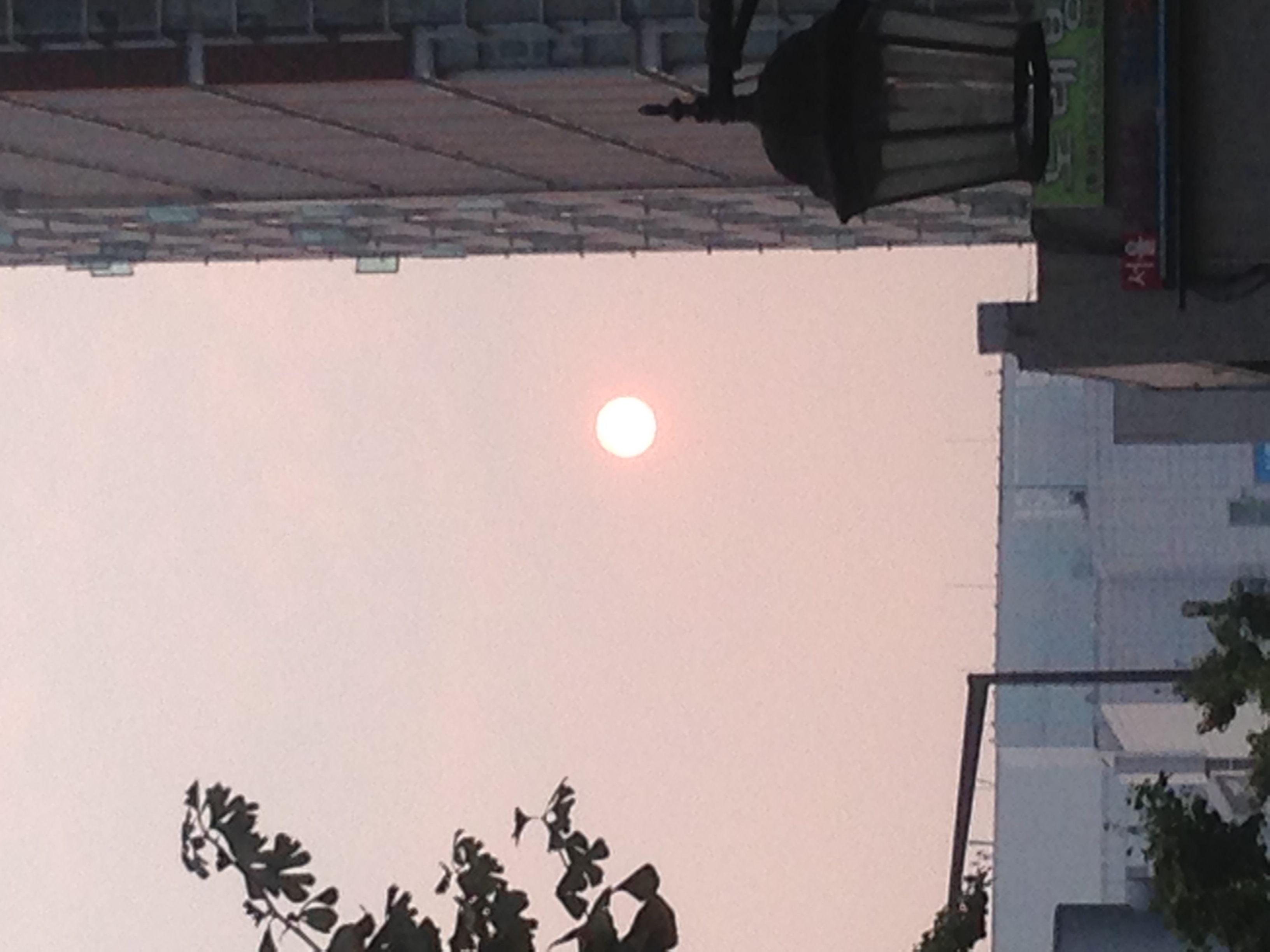 You should not be able to see the sun so clearly when it’s that high in the sky.