This picture taken on my friend 진희’s phone looks so much more classic than the actual occasion it represents: 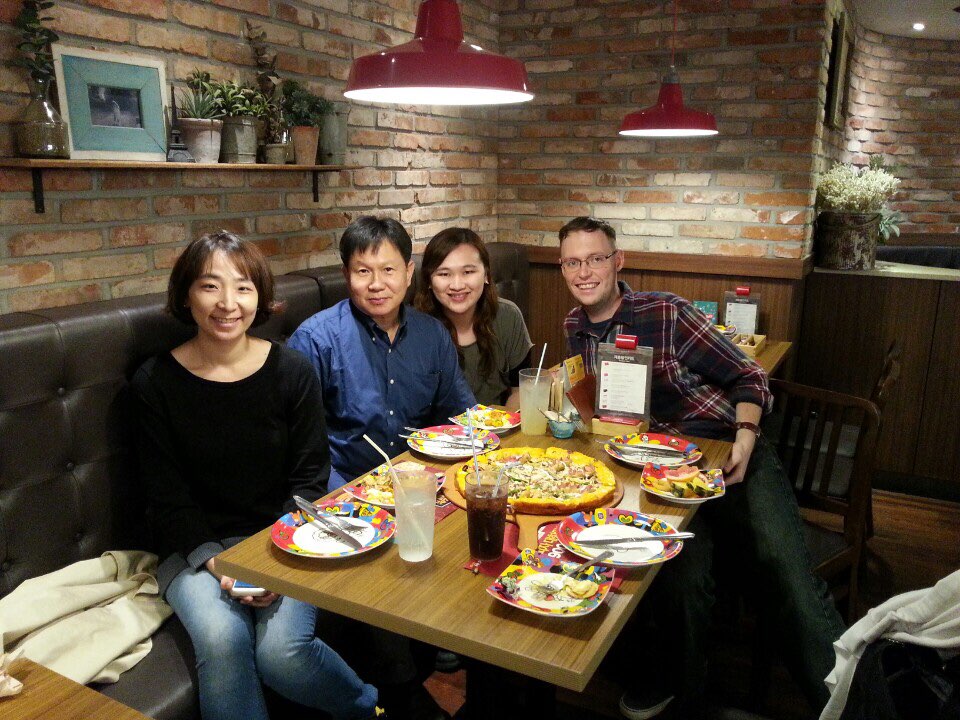 That’s her, Pastor Choi, our friend Aining visiting from Malaysia, and me out to dinner last Sunday. There are a few aspects to this amusing and unintentional scene: 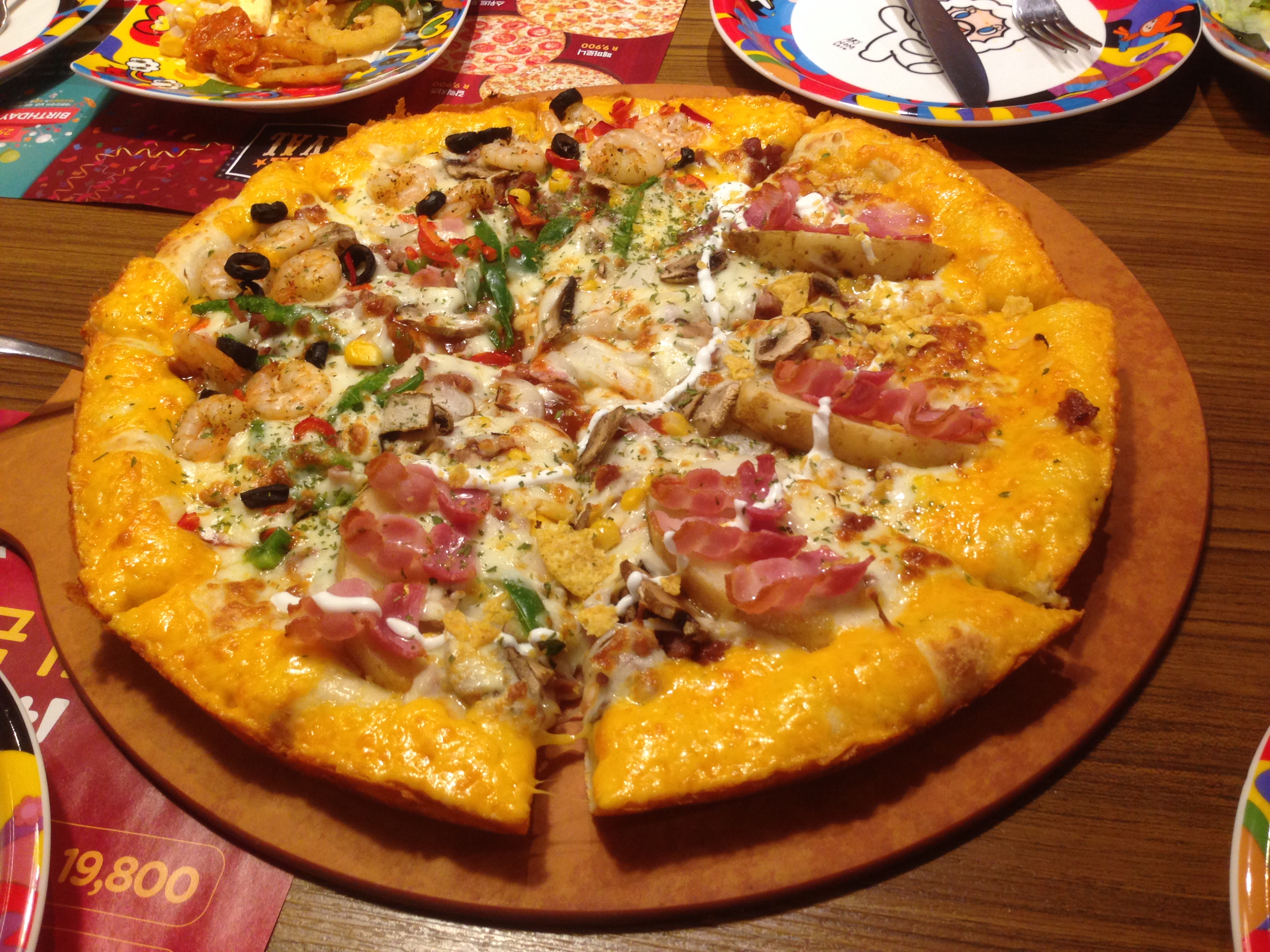 If only this were a Halloween prank. Yes, here we have the very incarnation of the phenomenon known as “Korean pizza.” I called this the Five Surprises pizza:

I don’t think you can describe this pizza as having toppings. Having “toppings” implies there is a complete pizza substrate on which they rest, but here it’s impossible to say where the toppings end and the pizza begins, and even if you could I think there are countably infinite toppings present. Just try to enumerate them. Just try.

(Now, I don’t want to give you the wrong idea. The existence of such a pizza may tell you something about Korean preferences, but I don’t want you to think people’s tastes are so alien. As it turned out none of us actually liked this pizza, even bearing in mind its aspirations. We all wished for a more classic pizza, the kind that would look at home in our photograph above.)

Anyway, seeing this photo the next morning was jarring. It’s a timeless photograph of a setting and an occasion so forgettable I had already begun to do so. I think it’s exactly the sleight of hand that undergirds a TV sitcom, but at least there the facsimile is intentional and explicit.

It’s shocking to me that photos this good come effortlessly from camera phones. Here’s a case where a quantitative difference verges on the qualitative. What I mean is you could express numerically the capabilities of a camera like this compared to, say, the old film cameras my parents carried around the vacations of my childhood, yet the difference in quailty here approaches a tipping point where you’re actually producing a different kind of thing: not just snapshots of people which call to mind a specific occasion meaningful to them alone and only to the extent they remember it, but the appearance of deeper significance and meaning that anyone can see.

The use of filters on instagram serves the same purpose, but those at least are intentional and consciously applied, if not always honestly declared. Here we have the effortless lifting of the mundane into the timeless, in such a way that actually undermines timelessness. (If the mundane looks this perfect, how do you represent the timeless? Probably by commissioning an oil portrait.)